The United States’ tax system is progressive, which means that the greater your income the greater the tax that you pay on it. Many reasons exist for why your taxes are structured in this way. Essentially, the U.S. tax code is designed to recognize and address income inequality.

Currently, there are seven tax brackets in the U.S. These brackets are structured around your annual income for a given tax year. Please see the table below for an illustration of how these rates are set to work.

There are four ways you can file, which represents your tax status:

Here’s an example of your tax obligation if you file as single:

Your taxes due at the end of the calendar year would be $6,939. If you apply the total taxable amount against annual income, your effective tax bracket is 13.9 percent.

The good news here is that you do not have to spend any time calculating your tax bracket because software programs handle that for you. For many people, an accountant is the individual who is asked to prepare tax return forms and those forms include all the calculations as well.

To the extent that you can invest in a tax-advantaged way, you should do so. Your best interests would be served by engaging with a financial advisor who will help you put together a short- or long-term investing plan. A wealth management plan will do its best to navigate your investments in a way that takes advantage of tax rules. By setting up a formal financial plan with an advisor, you are giving yourself the best possible hope, despite taxes, of having a successful outcome. 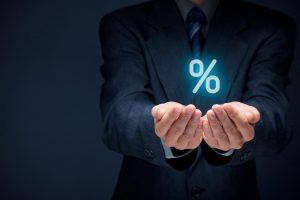 Simply put, the Alternative Minimum Income Tax (AMT) is a tax on the wealthy. Or maybe not. It’s a tax on individuals whose income tax liability benefits from certain deductions and exclusions unavailable to those with lesser incomes. The AMT, which used to be called the tax on the rich, traces its beginnings to the late 1960s.

Then, a congressional report was released that showed quite a few high-income earners paid little or no taxes, and they did so because of their ability to use the tax code for deductions others could not access—much of this having to do with the capital gains tax. Public outcry was loud and angry. How could this be, many wondered? What happened was simply that certain high-income earners used tax laws to reduce or eliminate their taxes—and who’s to blame them. If tax loopholes exist, they tend to exist to be exploited. That’s the way these things work.

But it wasn’t until a decade later, in 1979, that Congress addressed this issue: lawmakers effectively lowered the barriers for AMT coverage. The AMT was established as a parallel tax to ordinary income taxes. You calculated your tax under standard rules. Then you calculated your tax under the AMT; you paid the higher of the two which, for high earners, was inevitably the AMT. It was a tax that had the weight of this following saying: “you can run but you can’t hide.”

The AMT was a stopgap tax that kept the wealthy from under-paying on their taxes, and there was, and is, no way around it. But it’s not what it used to be.

Currently, there are seven federal income tax rates, the high being 39.6 percent. With the AMT, there are two rates: 26 percent and 28 percent. The two tax computations—regular and AMT—run parallel to each other; in a sense they complement each other. An individual who might be subject to the AMT must first run his or her tax according to the regular tax structure, with all seven brackets. Then, that person runs his or her AMT (jointly if that is the filing status). The higher of the two taxable amounts is what must be paid.

The AMT also contains exemption amounts, which are higher than the standard deductions under “normal” tax rules.

Over the years, especially the last 2-3 years, the amount of income that can be preserved under the AMT has grown. The AMT calculation and brackets are always going to be subject to the prevailing politics of the day. This is for certain: they will increase; they will decrease.

One of the problems with the AMT is that it was never indexed for inflation. So as incomes have naturally risen along with the Consumer Price Index, more and more individuals are subject to the AMT.

Multiple factors go into determining if you are subject to the AMT. It’s hard to determine whether you’re subject to it or not, at least without using an accountant or a sophisticated tax preparation software.

Beginning in 2018 the AMT does adjust for inflation. You are subject to the tax, if married and filing jointly, if your income is above $109,400.

To try and avoid the AMT you should do at least two things: increase your savings into any tax-advantaged vehicles available and increase charitable giving. This may not relieve you from the AMT, but then again it may. Stay focused on the AMT. Know where the exemption levels lie and do your best during the tax year to avoid the AMT altogether.